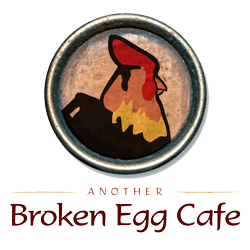 About: Popular breakfast and lunch restaurant with 60 franchises nation-wide and growing

Goal: Efficient expansion, marketing and orientation of each location

Action: Expanded operations based on a diverse market of  top-performing customer segments

Measurement: Expected returns identified and monitoring of promotions across all locations

With 60 franchises across 16 states, Another Broken Egg (ABE) is a national player in the breakfast, lunch, and brunch restaurant industry. Because the company grows through their franchises, accurate data is critical when analyzing new locations, assessing markets, and evaluating customer segments.

Recognizing the exceptional data and insights Tranzlogic delivers, the company provides Tranzlogic solutions to franchise owners as a value-add to help each franchisee manage and grow their locations and develop targeted, creative marketing approaches to optimize performance.

The Double R Restaurant Group owns 23 ABE franchises and opens five to ten new locations annually at a cost of $800,000 to $1.2 million each. With so much at stake, it’s critical they measure and understand variances in the performance of each location and use those insights when launching new franchises.

Before Tranzlogic, Double R used traditional methods of determining who their best customers were to identify the new franchise territories and to determine where to open new locations. They organized surveys completed by patrons at some of their locations, and extrapolated that most of their customers were affluent families. They took that broad generalization and overlaid census data onto a map of the country to identify adjacent areas with high concentrations of those target households. While this approach proved to yield some decent results, the performance of the locations varied greatly and it wasn’t clear why.

Two of the newest ABE restaurants looked to be very similar location types, at least on the surface. They were opened within months of each other, were similar in size, and were situated in Atlanta neighborhoods with roughly equal populations and high concentrations of affluent families. In fact, location B had 50% more of the broad “affluent family” sector, so the expectation was that this location should outperform location A. However, Location A consistently outperformed Location B by 20%. Double R’s CEO wanted to know what was going on.

With Tranzlogic, they were able to access the kind of granular data about each location’s customers and their corresponding markets and use detailed segment analytics to uncover some details that weren’t otherwise obvious using their previous methods. As a result, they were able to identify some of the possible causes for why Location A was pulling stronger numbers than Location B.

Although it appeared that Location B was situated in an area with a larger population of the highly desirable customer segment, its local market lacked the diversity that was driving Location A’s performance. For instance, while both locations drew in affluent families, Location A had managed better penetration across a more diverse and balanced range of customer segments. This diversity in patronage resulted in greater sales throughout the week and since ABE, being that is a breakfast eatery, was reaching capacity at both locations on the weekends, this was a critical factor in explaining the performance difference between the two locations.

Expansion Planning Based on Benchmarking

Using location A’s successful customer segments as a standard, Double R tapped Tranzlogic to select territories based on that makeup, and then pinpoint available locations that had the strongest penetration of those households.

From the location benchmarking, they knew their target customers consisted of four segments: Fast Food & Family, Bars & Beer, Families with Teens, and Top Restaurants. Tranzlogic’s solutions helped them identify markets with the right compilation of these segments. Then, once they identified an area, they were able to evaluate prospective commercial sites and to rank them based on expected ROI considering factors such as forecasted sales, dispersion of target households, relevant competitors, and ABE’s adjacent locations.

After analyzing multiple areas and assessing five possible commercial sites, the analysis determined that the Parkview on Peachtree was optimal. It had the highest forecast returns and was situated in an area that looked the most like Location A – with absolute household counts that were higher in most segments, including Fast Food & Family, Bars & Beer, and Families with Teens.

“Tranzlogic Solutions helps us understand our unique markets and evaluate new territories. It’s perfect for our franchisees because they don’t have to know what to do our how to do it.”

In addition to site expansion, the process of location benchmarking revealed some other key insights that could be used to optimize performance:

Tranzlogic gave Double R the powerful business insights needed to assess the economic and demographic makeup of both existing and potential locations. As a result, Double R was best equipped to identify fit and expected returns, as well as to customize their approaches based on each location’s specific clientele.

This type of rich, targeted market data has empowered ABE franchisees to maximize their business investments and optimize their financial performance.